Gender Inequity in the Craft Ceiling 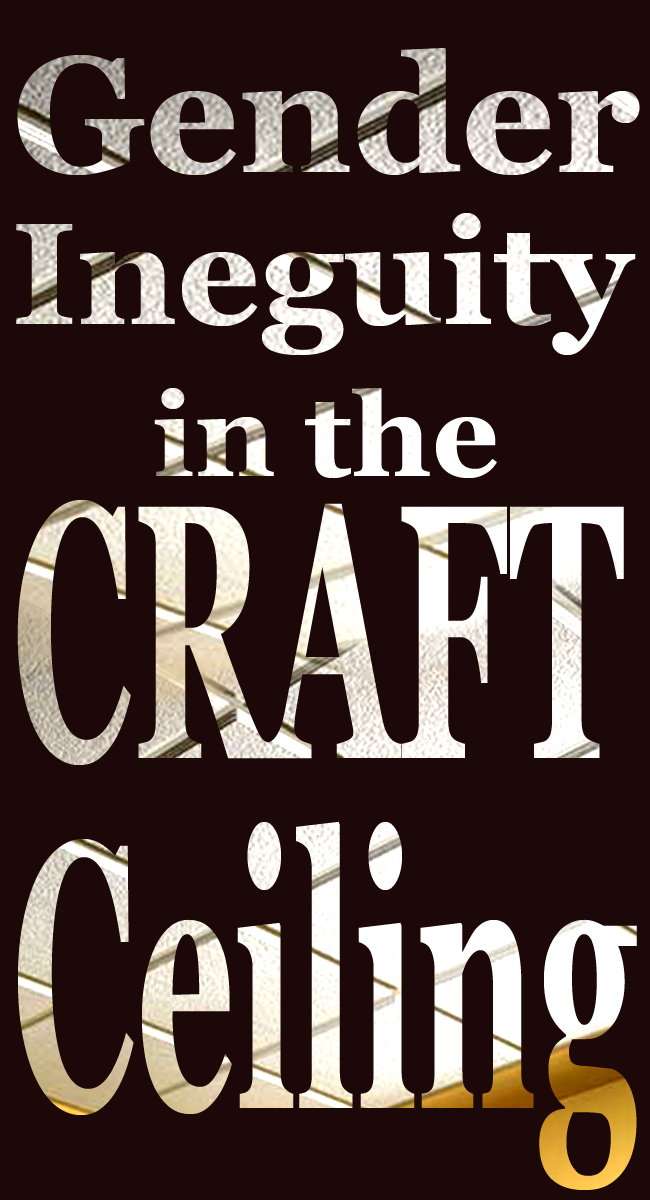 In 1972, Congress enacted Title IX.  It's  ground breaking legislation prohibited "sex discrimination in any educational program or activity receiving any type of federal financial aid."  At the time, I remember the push back. The idea that women's sports programs in grade schools and colleges should be given an equal amount of money was a shock to the prevailing system.  Wide spread resistance arose from entrenched college football fans and athletic program managers. Gender equity in sports funding was mandated and eventually enforced -- from the very bottom dollar on up.   Ultimately women were provided with facilities and opportunities and finally encouraged to excel in  athletics.

Very few fully comprehended how this gender equity legislation would impact the sports world. This past summer I watched the Summer Olympics with fascination.  Female American athletes won 27 of the 46 American gold medals. If the U.S. were divided into two countries, one male and the other female, those 27 golds for the women would tie them with Britain for the most from any country, put them one ahead of China, and (dare I say it) ahead of the American men and every other country. 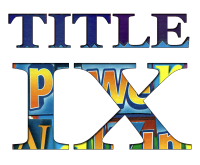 In the news, we hear about the "glass ceiling" in politics and business. Women still do not earn the same dollars per hour as men. Our first promising woman candidate for president lost to a man full of hot air and braggadocio.  Women are still not evaluated with the same standards as we evaluate male behavior.

As a woman who has witnessed the "feminist revolution" I sat in the audience at the recent ACC Conference "Present Tense", and was shocked that only two women received a College of Fellows Award alongside five men. 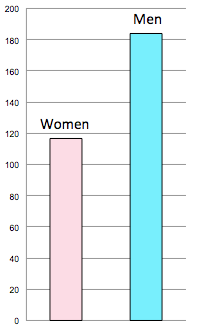 I've thought about this for almost two months...but tonight I added up the numbers. Since 1975 (using published statistics on the American Craft Council website) there have been a total of 301 College of Fellow Awards of which only 117 were awarded to females.  Last I checked, that is significantly off the ratio of women to men in crafts.

This is a depressing statistic. Every conference in crafts that I have attended always seems to have significantly more of a female audience. It also appears that art education programs, and workshop programs have a higher percentage of female students. So, I wonder how the honoring of more men than women happens at the elite level of crafts?

Anyone familiar with wood, or ceramics?

Posted at 10:55 PM in Professional Development for Artists and Crafts People | Permalink | Comments (2)