The Power of Your Dollar

Politics in America is now front and center. You can't avoid a political discussion whether you lean to the right or the left. 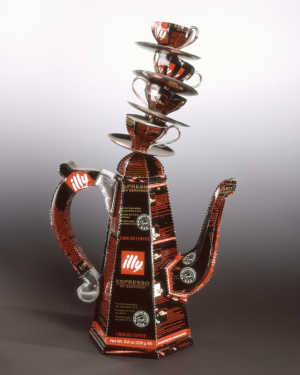 Our country was founded on political action. One of the earliest political actions by American colonists was a boycott by colonial women who stopped buying tea because it was taxed by England. This is why to this day, coffee is more popular in America than tea. Boycotting tea was a political statement.  "No taxation without representation" became the voice of American political activism almost 250 years ago.
I try not to politicize the information on ASK Harriete, but I just can not stay silent as the funding for the National Endowment for the Arts (NEA) and the National Endowment for the Humanities (NEH) are in jeopardy -- despite their negligible impact on the budget accounting for only 0.003% of federal spending.  That is 3/1,000 th of a tax penny.
"The NEA and NEH are vital to innovation and creative expression, cultural and artistic understanding, and scholarly research. The NEA and NEH support cultural institutions like museums, libraries, universities, and public television and ensure that all Americans have access to arts and culture." Your local or national art organizations have probably received NEA grants at one time or another. Your local PBS station is definitely dependent on NEA or NEH funding. 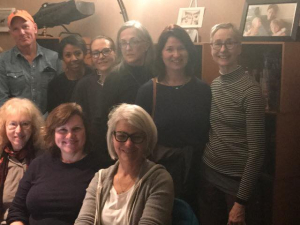 Saturday night in a Huddle, I learned that the current administration intends to divert funding from a wide range of education and cultural programs (including the NEA and NEH) to fund the production of more nuclear weapons. (This shocking shift in priorities was announced at a town hall meeting  in San Mateo with U.S. Representative Jackie Spier.)
Learning from our colonial ancestors, the power of the dollar can affect politics and the art and craft community. I am using postcards of my art for writing to all my Senators and Representatives. Save funding for the arts! 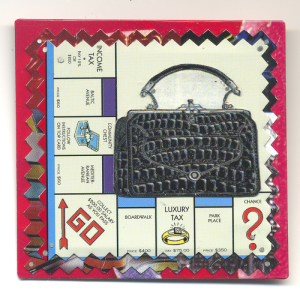 “Women hold the purse strings — this has been true for a long, long time.”  "There are many steps that each of us can take that cost us nothing and take no time. One is to boycott T___P brands. Brand specialist "Shannon Coulter began a boycott campaign on Twitter with #GrabYourWallet.... "  A spreadsheet (linked below) lists over 50 companies to boycott based on whether the company sells T____p products," etc.

"The list includes Macy’s, LL Bean, Bloomingdale’s, Dillard’s, Zappos, Amazon, T. J. Maxx, Lord & Taylor, and Bed Bath & Beyond." "Companies such as Nordstrom, Neiman Marcus, and Jet, have been removed from the list after they stopped carrying Trump products." Use your dollars wisely. You can choose to buy or not buy T____p products, boycott stores, or call customer service desks and let them know your opinion.

The power of the dollar is in your pocket. Yes, your pocket. How do you spend your dollars? Or align your art and craft with your political allegiance?  In this polarized, dismantling of the arts and education trend, everything has become political.
Harriete 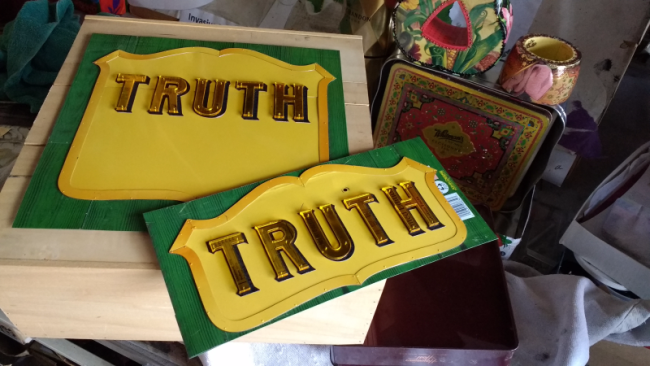 TRUTH - an artwork in progress.